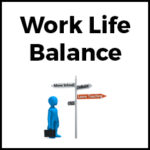 It was the end of the academic year back in 2012 when I sat down and thought long and hard about my future in teaching. I was head of the ICT department and the pay wasn’t bad, but things had changed for the worst since I began teaching in the mid-1990s. In particular, my issue was exhaustion and poor work-life balance.

When I started in my first teaching job back in 1996 I used to put a lot of my own time into preparing lessons and creating new resources. I didn’t keep track of the hours I was putting in back then, but it was easily over 55 hours per week. The key point, though, was that it was my choice to put in several of those extra hours. By 2012, I was putting more than 60 hours per week. The difference was I didn’t choose to work those hours; I had to put in that time to complete all necessary work in addition to the increasing number of administrative tasks set by management teams. The enjoyment had gone; no longer could I choose to use my own time to create new resources. The excessive hours that teachers work has frequently been reported in the media such as, “Why do we all work overtime? Because other teachers do“.

The main reasons for this, in my opinion, were treating schools like businesses and the misuse of accountability by senior management. An increasing amount of time every week was spent completing over-detailed lesson plans, which seem to include everything bar the genetic code of the pupils concerned. The learning objectives were scrutinised by management and, in lesson observations, staff could be told their lessons were unsatisfactory based on the lesson plans alone. If the person observing disagreed with the learning objectives or if learning objectives were not written down by pupils at the start of every lesson, then it would be an unsatisfactory lesson.

A common complaint today is schools who are using over-excessive dialogue in marking… you write a comment, the pupil responds (because they are told they have to), you respond to the response (because you are told you have to write it down, and telling them verbally isn’t acceptable). Something similar happened to me several years ago in my subject (ICT) when students were using computers and we would frequently give verbal feedback as we walked around the room looking at student work. The management team decided they wanted proof that teachers were giving verbal feedback and so a proportion of the lesson had to be devoted to pupils writing down any verbal feedback. The teacher would then have to collect in the students’ written feedback regarding the verbal feedback that the teacher had given and then give further written feedback in response to that feedback! This “triple marking” most definitely contributed to exhaustion and poor work-life balance.

I have known many teachers, myself included, who have thought that going to a different school will solve all the problems. In retrospect, this was no more than the definition of insanity attributed to Albert Einstein; “doing the same thing over and over again and expecting different results.” (Yet, there is no proof that Einstein really came up with this expression).

Wishing my life away

I was also concerned that I was wishing my life away. How many teachers do you know who, a week after starting back in the autumn term, are already posting on Facebook about how much they’re looking forward to the next holidays, and ultimately the long summer holidays?

However, what gave me the push to look for an alternative to teaching was the fact that I was 45 and I was exhausted. I knew that I couldn’t continue working until the early hours of the morning. Exhaustion and poor work-life balance made me realise there was no way that I stay in teaching for another 20-plus years until retirement. I was unhappy as a teacher but I was becoming more concerned with the effect that this was having on my body. I talk about this in My Issues With Teaching – Effects Of Sleep Deprivation And Stress.

It mentioned a previous report, from September 2017, which reviewed the evidence of the factors causing teachers to leave the profession. It found that:

There are a wide range of factors that influence teachers’ and schools’ decisions relating to teacher supply.

The decision to leave teaching is a complex one influenced by numerous factors, but research suggests that workload and accountability pressure, wanting a change, the school situation, and salary considerations are the most prominent factors in leaving.

Workload, government policy and lack of support from leadership were cited as the three main reasons for leaving in a survey of ex-teachers.